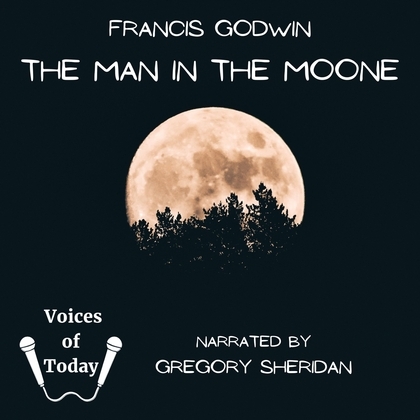 The Man in the Moone

The Man in the Moone, first published in 1638, is considered one of the first works of science fiction. The author was an Anglican bishop who became interested in astronomy following the circulation of the works of Copernicus, Kepler, and Galileo. Much of the current speculation about the moon was concerned with whether it was populated, and if so, by what race.

In the story, Godwin’s protagonist, Gonsales, develops a flying machine that can be drawn by a flock of geese in harness, and uses it to escape capture in a sea battle. The geese mount higher and higher until they alight on the moon, which Gonsales discovers to be occupied by an advanced race called the Lunars. Later on, Gonsales returns to Earth and finds himself in China, where he establishes a favorable relationship with the court. The story ends with a discussion of his plans to return to Spain with the assistance of the local community of Jesuit priests.