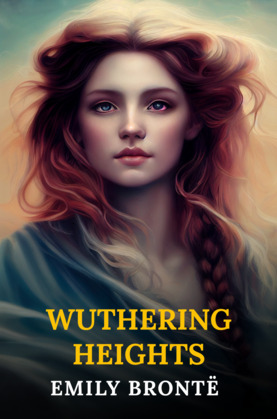 by Emily Brontë (Author)
Excerpt
Fiction Classics Historical Juvenile & young adult Classics Nonfiction Literary essays
warning_amber
One or more licenses for this book have been acquired by your organisation details
EPUB
55 loans, One at a time
Details

Wuthering Heights is an 1847 novel by Emily Brontë, initially published under her pen name Ellis Bell. It concerns two families of the landed gentry living on the West Yorkshire moors, the Earnshaws and the Lintons, and their turbulent relationships with Earnshaw's foster son, Heathcliff. The novel was influenced by Romanticism and Gothic fiction.

Wuthering Heights is now widely considered to be one of the greatest novels ever written in English, but contemporaneous reviews were polarised. It was controversial for its depictions of mental and physical cruelty, including domestic abuse, and for its challenges to Victorian morality and religious and societal values.