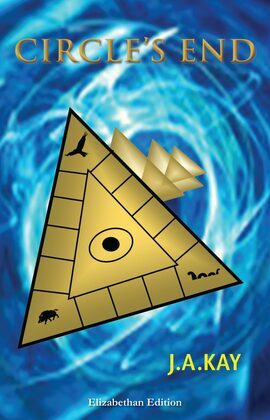 by J. A. Kay (Author)
Excerpt
Fiction Action & adventure
warning_amber
One or more licenses for this book have been acquired by your organisation details
EPUB
Unlimited loans, One at a time
Details

Rory MacSween has the ability to command the mythical highland creatures of Scotland and to open the time travelling portals located on the ley lines due to his possession of the magical Hagpipe. Hag the Haggis, Ben, the great Scottish Eagle and Nessie (The Loch Ness Monster) were his friends with whom he could mentally communicate. They could travel with him through the natural ancient portals to any time and place where they connected. He had already called on them to save his Father from the Vikings. In the process Rory reunite him with his Mother saving her from dying with his untested healing power.

Now he was being ordained by St Columba to save the world by recovering the 'Grail Box', a direct link to God, from impending capture by evil forces intent on its destruction. The grail box was the resting place of every holy relic including the grail cup and death shroud of Jesus along with the ten commandments and all the original complete religious scriptures and text which could reunite or destroy mankind. This unearthly box could only be touched by the mythical pure one!

The great evil, embodied in human form, was out to destroy it and remake the world into a hungry place of hate, without love or compassion. It had a plan to make Rory despair, and to crush all that he loved.

Hag, Ben and Nessie had aided Rory in the past, but could even their awesome power help him this time?

The ultimate confrontation between good and evil was imminent. Rory might have to fight this battle alone as he also tried to save his twin daughters who are lost in time. The fate of the whole human race and that of his little girls rested in his hands.

This third adult book in the series concludes the story started in 'The Secrets of Urquhart Castle' and 'The Rescue', as Rory begins his most important adventure to date as he travels to the dawn of Christianity and the creation of the secret societies out to possess the infinite power of the Grail Box.

Can he square the circle in time and defeat evil itself as he travels to 'Circle's End'?