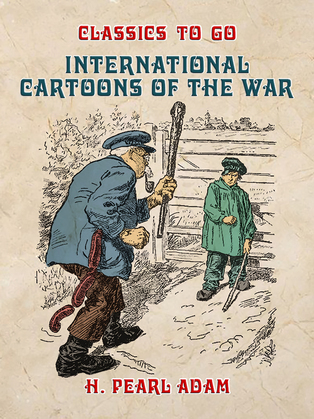 International Cartoons of the War

Excerpt: "The historian who, a couple of centuries hence, tries to get at the real kernel of the great War, will find himself overwhelmed with material, buried under evidence, like the great authority on Penguinia. Every doubtful point will be clearly and irrefutably decided for him in at least seven different ways. A burning sense of conviction may be his, but he will not be sure which conviction it is. The lot of the historian has changed for the worse since the days of Herodotus. It no longer suffices for an account of a battle to be possible if not probable, marvellous if not possible, for it to rank as history; mankind chose to start on the thorny quest of Truth, and is now beginning to see that in every affair there are exactly as many Truths as there are actors. When the war broke out in August, 1914, the curious art of conveying a knowledge of thoughts and fact between two or more human organisms, the only art or appliance which man has really invented without referring to Nature—the art of writing—was resorted to on every hand. An unprecedented crop of war books began to sprout from the blood-fertilized fields of Flanders. Men might safely exclaim: "Mine enemy hath written a book"; they had perforce to add: "And so hath each of my friends." They poured from the Press, little books and big, sober and hysterical, speculative and emotional. After them came the sedate polychromatic procession of Government literature. Along with them flowed the swift and multitudinous efforts of journalism. And in a very short time began those strange enterprises, at once droll and portentous, the Serial Histories of the War."