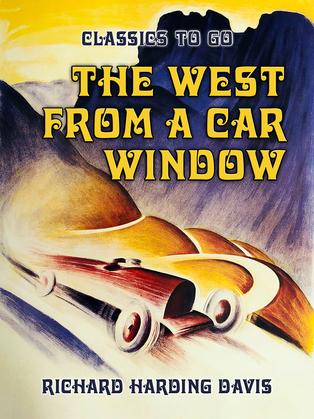 The West from A Car Window

Excerpt: "It is somewhat disturbing to one who visits the West for the first time with the purpose of writing of it, to read on the back of a railroad map, before he reaches Harrisburg, that Texas “is one hundred thousand square miles larger than all the Eastern and Middle States, including Maryland and Delaware.” It gives him a sharp sensation of loneliness, a wish to apologize to some one, and he is moved with a sudden desire to get out at the first station and take the next train back, before his presumption is discovered. He might possibly feel equal to the fact that Texas is “larger than all of the Eastern and Middle States,” but this easy addition of one hundred thousand square miles, and the casual throwing in of Maryland and Delaware like potatoes on a basket for good measure, and just as though one or two States more or less did not matter, make him wish he had sensibly confined his observations to that part of the world bounded by Harlem and the Battery. If I could travel over the West for three years, I might write of it with authority; but when my time is limited to three months, I can only give impressions from a car-window point of view, and cannot dare to draw conclusions. I know that this is an evident and cowardly attempt to “hedge” at the very setting forth. But it is well to understand what is to follow. All that I may hope to do is to tell what impressed an Eastern man in a hurried trip through the Western States. I will try to describe what I saw in such a way that those who read may see as much as I saw with the eyes of one who had lived in the cities of the Eastern States, but the moral they draw must be their own, and can differ from mine as widely as they please."