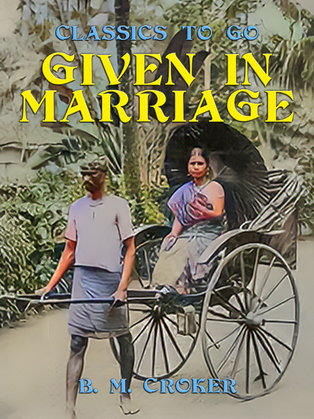 Excerpt: ""I say, did you hear old pensioner Jones, jawing away to Haji Aboo about the gold reefs, that lie round Tappah? An eager young planter put this question to his companion, as together they—or rather their horses—toiled up a sharp ascent. "Oh yes, I heard him," grunted the other with a shrug. "And what did you think, Ted?" "That the old boy was drunk as usual," was the uncompromising rejoinder. "Filthy Bazaar liquor; some of these days he'll snuff-out!" "Well, of course it's Shandy, but I've a notion, there is something in his story. No smoke without fire! Eh? He swore that one or two of the estates were chock full of gold." "Oh, there's gold enough in coffee, if you know how to work it," declared Ted Dawson, an enthusiast at his trade. "Yes, but why not the other sort as well? Imagine two heavy crops—the berry, and the nugget!" urged his partner. "I've heard that lame Maistrey—whose ancestors lived here when these hills were opened up—say, that the first planters were granted immense tracts for a mere song, and that one or two of them like Pattador and Fairplains—run right down to the low country, where there are old workings, smothered in jungle." "Bosh!" ejaculated Ted, "I've heard these fool stories, but there's nothing in them;" and he ruthlessly turned from this ever-dazzling subject, to an unromantic discussion on bone manure and sulphate of ammonia."