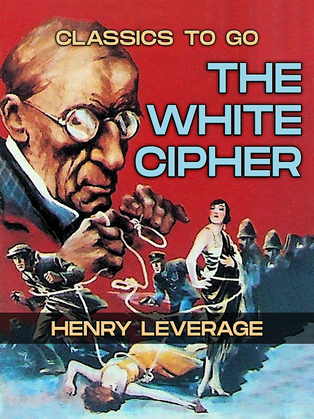 Excerpt: "Swirled in the maze of a slow awakening, dropped through an abyss from zenith to nadir, the prisoner came out of his dreams and stared through the bars of his door to the pearl gray of the coming dawn. C-45—better known in international underworld circles as Chester Fay, alias Edward Letchmere—was serving ten years at hard labor for the crime, committed against the peace and dignity of the country, of opening—by means unguessed by Scotland Yard—a jeweler’s strong-box in Hatton Gardens; which is, aside from “The Old Lady of Threadneedle Street,” the strictest patrolled district in the city of London. Chester Fay, alias Edward Letchmere, studied the crack of dawn as it crept over the man-made barricade, through the slotted windows of the great gray cell block, and bathed the harsh walls of the prison with the rosy light of pearl changed into ruby and from ruby into gold. And there was something prophetic in the mellow magic of the chromatic changes in the English sky! A bell clanged at the front of the prison. A key grated in a lock. An iron door opened. Shuffling feet sounded, like an old woman’s in a lane. C-45 lowered the edge of his shoddy blanket—stamped here and there with the broad arrow—and watched where the grated bars of the door formed tiny crosses against the dull gray of the wall."