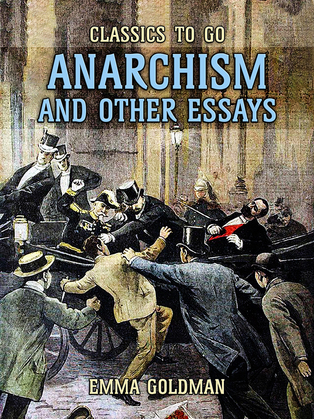 Anarchism and Other Essays

Anarchism and Other Essays (1910) is a collection of essays written by Emma Goldman, first published by Mother Earth Publishing Association. The essays outline Goldman's anarchist views on a number of subjects, most notably the oppression of women and perceived shortcomings of first wave feminism, but also prisons, political violence, sexuality, religion, nationalism and art theory. Hippolyte Havel contributed a short biography of Goldman to the anthology.The essays were adapted from lectures Goldman had given on fundraising tours for her journal Mother Earth. Anarchism and Other Essays was Goldman's first published book. "The Traffic in Women" has received particular attention from feminist scholars since the book's publication.