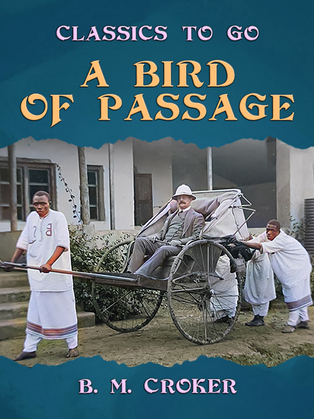 A Bird of Passage

Excerpt: ""Droops the heavy-blossom'd bower; hangs the heavy-fruited tree; Summer isles of Eden lying in dark purple spheres of sea." Locksley Hall. Few travellers penetrate to the Andamans, unless it be an enthusiastic astronomer to witness a rare comet, or an enterprising professor, who happens to be fired with a desire to study the language and the skulls of the aborigines. These islands are as yet sacred from the foot of the globe-trotter, Cook's tourists ignore them, and they lie in serene semi-savage seclusion, in the midst of the Indian Ocean, dimly known to the great outer world as the chief Indian convict settlement, and the scene of Lord Mayo's murder in 1872. The inland portions of the great and lesser Andamans have been but cursorily explored, (those who have made the attempt, having learnt by tragic experience that the inhabitants were addicted to cannibalism); but outlying islets, and fringes of the coast, have been opened up by the Indian Government, and appropriated for the benefit of thousands of convicts (chiefly lifers), who are annually poured into Port Blair - from Galle to the Kyber, from Aden to the borders of China, the cry is still they come!"