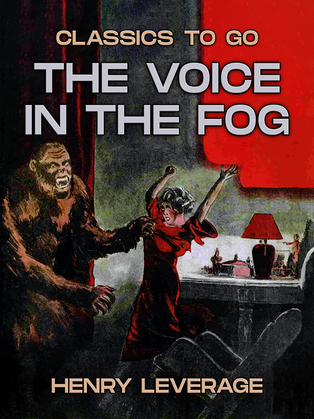 The Voice in the Fog

Excerpt: "The Seriphus was a ten thousand ton, straight bow ocean tanker, and her history was the common one of Clyde-built ships—a voyage here and a passage there, charters by strange oil companies, petrol for Brazil, crude petroleum that went to Asia (for anointment purposes among the heathen) and once there was a hurried call to some unpronounceable Aegean port where the Seriphus acted against the Turks in their flare-up after the Great War. The ordinary and usual—the up and down the trade routes—passed away from the Seriphus when Ezra Morgan, senior captain in the service of William Henningay and Son, took over the tanker and drove her bow into strange Eastern seas, loading with oil at California and discharging cargo in a hundred unknown ports. Of Ezra Morgan it was said that he had the daring of a Norseman and the thrift of a Maine Yankee; he worked the Seriphus for everything the tanker could give William Henningay and Son; he ranted against the outlandish people of the Orient and traded with them, on the side, for all that he could gain for his own personal benefit. Trading skippers and engineers with an inclination toward increasing wage by rum-running and smuggling were common in the Eastern service. Ezra Morgan’s rival in that direction aboard the Seriphus ruled the engine-room and took pride in declaring that every passage was a gold mine for the skipper and himself. The chief engineer of the Seriphus saw no glory in steam, save dollars; he mopped up oil to save money. His name was Paul Richter—a brutal-featured man given to boasting about his daughter, ashore, and what a lady he was making of her."