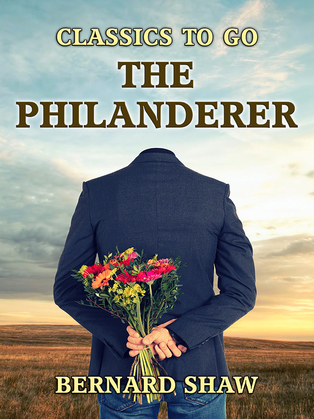 The Philanderer is a play by George Bernard Shaw. It was written in 1893 but the strict British censorship laws at the time meant that it was not produced on stage until 1902. It is one of the three plays Shaw published as Plays Unpleasant in 1898, alongside Widowers' Houses and Mrs Warren's Profession. The volume was written to raise awareness of social problems and criticise capitalist behaviour. The influence of Naturalist playwrights is evident by Shaw's constant reference to Ibsen in the play. The Naturalist theatre movement was a reaction to Melodrama, the Victorian theatre tradition of the time. Shaw wrote two endings for this play; the first ending, with divorce as its main theme, was discarded on the advice of a friend, the second ending resulting in a more conventional marriage. It is the latter that is usually performed or published, though the former is the more in keeping with Shaw's tendencies to criticise contemporary society.