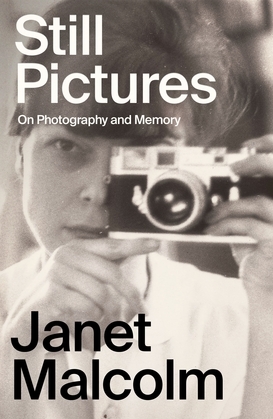 On Photography and Memory
by Janet Malcolm (Author)
Read sample online Download sample
Nonfiction Biography & autobiography Editors, journalists, publishers Arts Photography Criticism
warning_amber
One or more licenses for this book have been acquired by your organisation details
EPUB
Unlimited loans, 2 years, One at a time
Details

For decades, Janet Malcolm’s books and dispatches for The New Yorker and The New York Review of Books poked and prodded at reportorial and biographical convention, gesturing toward the artifice that underpins both public and private selves. In Still Pictures, she turns her gimlet eye on her own life—a task demanding a writer just as peerlessly skillful as she was widely known to be.

Still Pictures, then, is not the story of a life but an event on its own terms, an encounter with identity and family photographs as poignant and original as anything since Roland Barthes’s Camera Lucida. Malcolm looks beyond the content of the image and the easy seductions of self-recognition, constructing a memoir from memories that pose questions of their own.

Still Pictures begins with the image of a morose young girl on a train, leaving Prague for New York at the age of five in 1939. From her fitful early loves, to evenings at the old Metropolitan Opera House, to her fascination with what it might mean to be a “bad girl,” Malcolm assembles a composite portrait of a New York childhood, one that never escapes the tug of Europe and the mysteries of fate and family. Later, Still Pictures delves into her marriage to Gardner Botsford, the world of William Shawn’s New Yorker, and the libel trial that led Malcolm to become a character in her own drama.

Displaying the sharp wit and astute commentary that are Malcolmian trademarks, this brief volume develops into a memoir like few others in our literature.