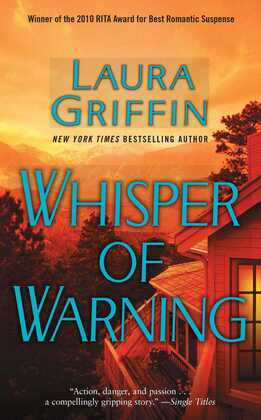 by Laura Griffin (Author)
Excerpt
Fiction Romance Suspense Contemporary
warning_amber
One or more licenses for this book have been acquired by your organisation details
EPUB
Unlimited loans, 2 years, One at a time
Details

From the New York Times bestselling author who "excels at detailing the mystery and the chase" (Publishers Weekly) comes a tense thriller that combines action, danger, and passion.

Will he help prove her innocence…or lead a killer to her door?

Courtney Glass has been in trouble all her life, but nothing tops being an up-close witness to a brutal murder. Until she’s accused of the crime. Every scrap of evidence points to her guilt, and only Courtney knows what really happened. Now she must prove that she’s not a murderer…but is one of the killer’s intended victims. As police investigators hammer her for answers, Courtney knows she has two choices: run, or trust the brooding, sexy detective who’s made it clear she’s his prime suspect.

Will Hodges doesn’t need Special Forces training to know that, despite Courtney’s killer looks and razor-sharp tongue, her tough-girl act hides a vulnerable woman with a deadly secret. As the body count rises, Will realizes that a lethal enemy has Courtney in his crosshairs. The killer is waiting, watching her every move—and he won’t stop until her fear has grown from a whisper to a scream…